The Adam Institute for Democracy and Peace (AI) and Israel Social Television (ISTV) introduce their new joint project on “Peace Journalism” to train young Israeli media persons as advocators of peace who are committed to conflict transformation within the Middle East. Implemented over three years and funded by the European Union, the program provides knowledge of the Israeli-Palestinian conflict as well as effective conflict resolution strategies. Participants get objective insight into one of the most complicated issues in the world, obtain practical tools needed to succeed in the media realm, and receive the opportunity to create unbiased media material through the guidance of the ISTV.

The first year of the program saw 55 courageous media persons complete the comprehensive, meaningful program. To learn more about their experience, click here.

Currently in its second year, the program contains 60 motivated journalists and activists who continue to learn and advance their skills in fighting negative media bias.

A unique and challenging project has been implemented by Adam Institute together with Amerat of the Desert, a local Bedouin Women NGO. The project aimed to address the exclusion of Bedouin women from decision-making positions at the local levels, specifically in local Bedouin councils in the Negev. At the first phase, 89 Bedouin women (5 groups) participated in the training courses that provided necessary tools and skills for to independently participate and voice their opinions for the 2018 local council elections and beyond. The courses held in Rahat, Arara, Segev Shalom, Ksseifa and Al-Said. In the second phase this cadre of qualified woman succeeded to lead activities and discussions for about 400 women in the various communities. They focused on the importance of each women’s independent choice to whom to give their support in the elections. With the understanding that the young generation, especially the girls, should be educated to aspire to be part of the decision makers in their community, the Adam Institute put on lectures for 1,200, 12th graders from seven different Bedouin communities. They were exposed to the importance of women’s active involvement in democratic elections, both as voters and as candidates. Despite the lack of women that were successfully running in the upcoming elections, women were still encouraged to be politically active voters. After a summation Round-table discussion with representatives of Civil Society Organizations and Bedouin towns, Bedouins are confident that they will create major gender-oriented change in the 2023 elections. 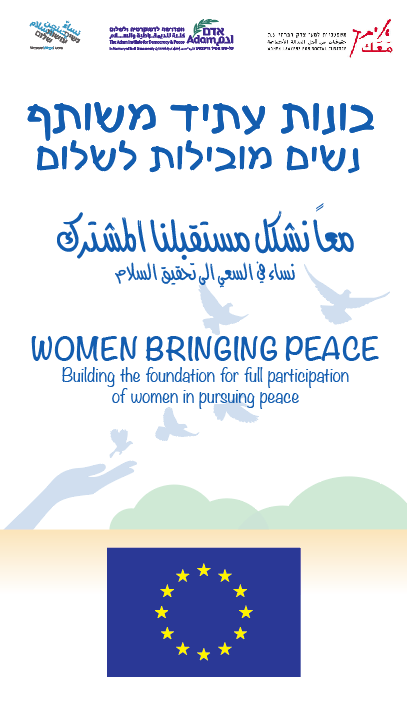 Building a Shared Future – Women as Catalysts for Peace and Security

As Israeli women, mothers, spouses, and members of the workforce, many of us are affected daily by the ongoing Israeli-Palestinian conflict. Yet, women in Israel are excluded from attempts towards finding solutions to the conflict.  All of us are absent from the public debate on peace, regardless of religion, race, worldview, or political party affiliation.
The goal of the “Building a Shared Future” program is to empower Israeli, Jewish, and Arab women to become actively involved in decision-making on peace and security issues and to promote the implementation of UNSCR 1325.
From this program, we move a step closer towards a world where women have the same political rights and opportunities as men. All members of society deserve to have their voices heard, especially regarding matters of security.

The program is a cooperation between “Itach – Women Lawyers for Social Justice“, “Women Wage Peace” movement and the “Adam Institute for Democracy and Peace“. 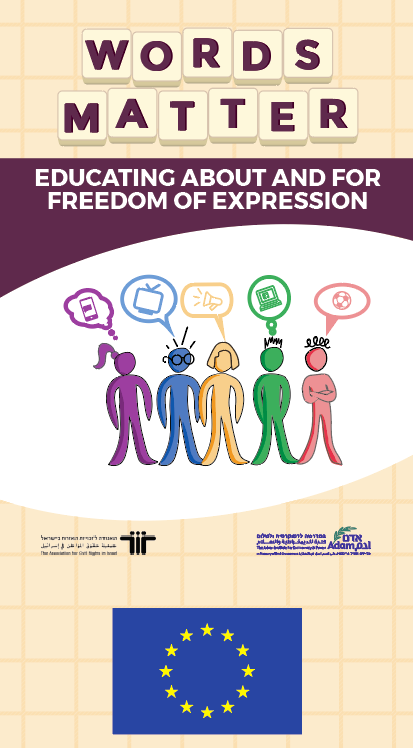 “Words Matter” – Educting About and For Freedom of Expression

“Words Matter” is a two-year (2015-2017) comprehensive educational action aimed at promoting freedom of expression and preventing hate speech and incitement. Collaborating with ACRI – The Association for Civil Rights in Israel, we structured the program to target diverse sectors of Israeli society, Jewish and Arab alike. Operating top-down, the program engages policymakers with the most influence in the Israeli government. These leaders can will their constituents towards an accepting, open-minded society. Operating bottom-up, it trains and empowers educators and student peer-leaders, in addition to providing educational programs for middle and high school students. These students and teachers can spark an Israeli future where the voicing of personal opinions, viewpoints, and perspectives is not criticized but is celebrated. The program has been successfully implemented in various areas:

Activities with 58 secondary schools, Jews and Arabs across the country – over 13,700 teachers and students participated in seminars, national seminars and meetings, accompanying the teaching of the program in the classroom and promoting projects in schools on the subject;

Conferences and seminars – attended by students and lecturers in academia and teacher training colleges, educational counselors, managers and coordinators, and more (about 800 educators).

Writing a curriculum in Hebrew and Arabic distributed to educators. The program focuses on providing a relevant and effective educational response in order to deal with phenomena of racism and incitement, and to respond to the dilemmas and questions related to the freedom of expression and racism especially of youth, in light of their extensive activity on the social networks.

Publication of 20 opinion articles and current events dealing with the issue of freedom of expression and the fundamental dilemmas related to it.

This project is funded by the European Union

Betzavta, a unique method of education for democracy, was developed by Dr. Uki Maroshek-Klarman, the Academic Director of Adam Institute. Its basic manual, first published in Hebrew in 1988 (and later also in English, Arabic, German, Polish and other languages), has been taught and implemented by Adam staff for over 25 years, and is currently being taught and implemented by many organizations across Europe and the rest of the world. Throughout the years, Dr. Maroshek-Klarman, in collaboration with Adam staff, has expanded the basic concepts in several directions and adapted the methodology to current times. These expansions include educational programs such as There Is No Single Democracy (recently available in German), ABC in Democracy (for younger ages, also available in German), Civic Calendar, and more, as well as exploration of additional themes such as multiculturalism, feminism, sustainability, civic society, democratization of the education system, and democracy in the age of internet and globalization. Learn more.